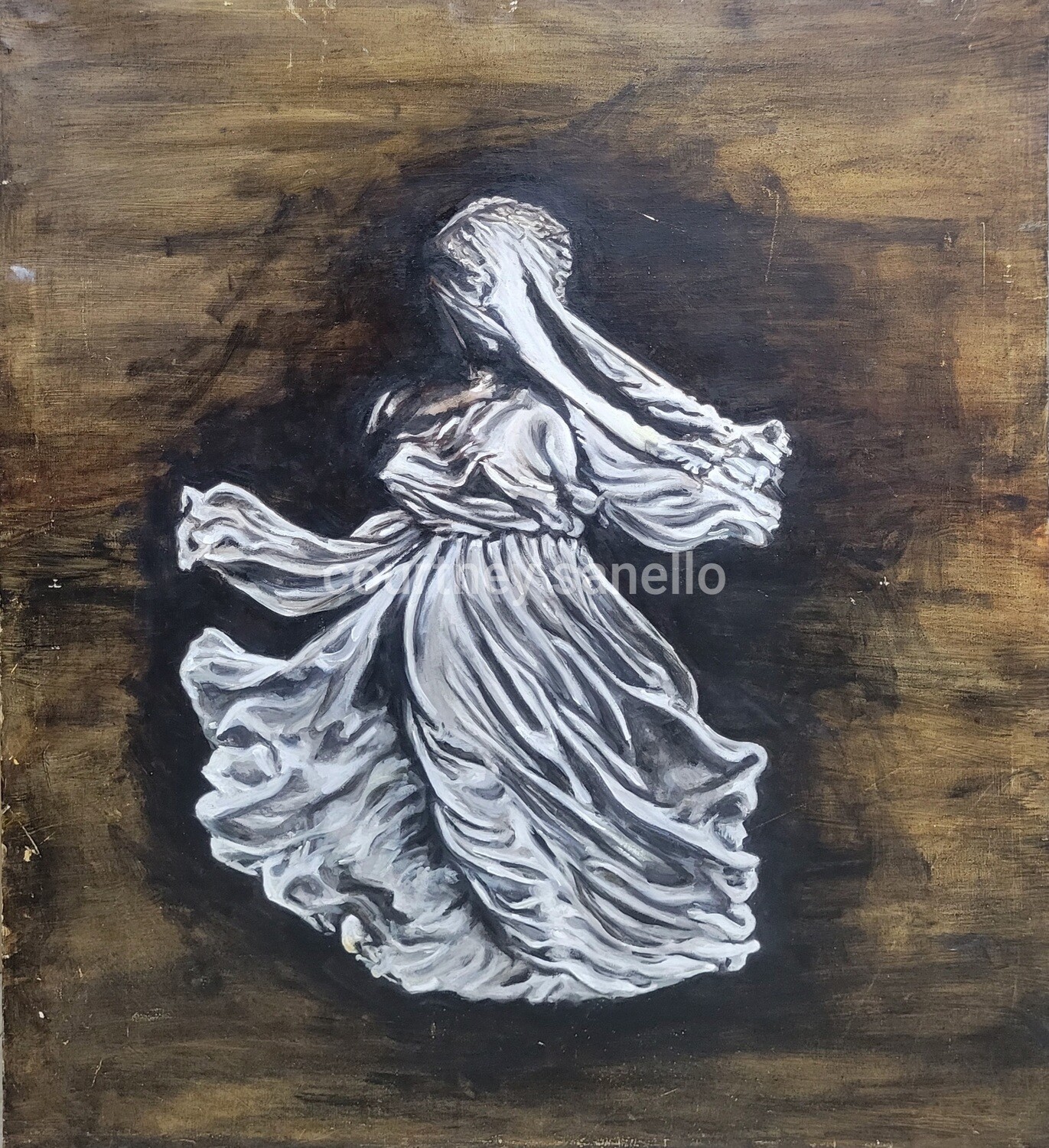 Inspired by a night terror. When I was in my early 20's, sleeping in my bed at my parent's house for the first time in a while, I had a dream that I was on my home property, but in the year 1890. A young girl with a prairie white apron on, who had no face, and instead had a swirling hurricane as a face, and no feet to speak of. She walked me around the village, and I was keenly aware that this was the land my house was built on, just it wasn't there yet because it was 1890. She made me write with a quill on paper several messages, some more important than others; a grocery list of items we were soon going to purchase and several notes written to her family members saying that she was alright. After a while I asked, how much longer do we have to do this, and she replied only by swirling her hurricane face faster and with a bright white light shining directly behind her head. I got fed up eventually and said I wasn't going to do any more tasks for her, and I woke from the dream-- only to find that she ALSO was floating in the middle of my room. I ran past her making a bee line to my parents bed. The year 1890 kept repeating in my head, so I look it up and sure enough there was the Great Hurricane of 1890, and thousands of people on the east coastline were killed. I don't think it was a coincidence that the first travelers landing in my area came in 1890 and that my house is on the highest elevation point from sea level in the entire town.

As is. Free shipping

Please email courtneysanello@gmail.com with any questions. Thank you

Save this product for later
Display prices in: USD